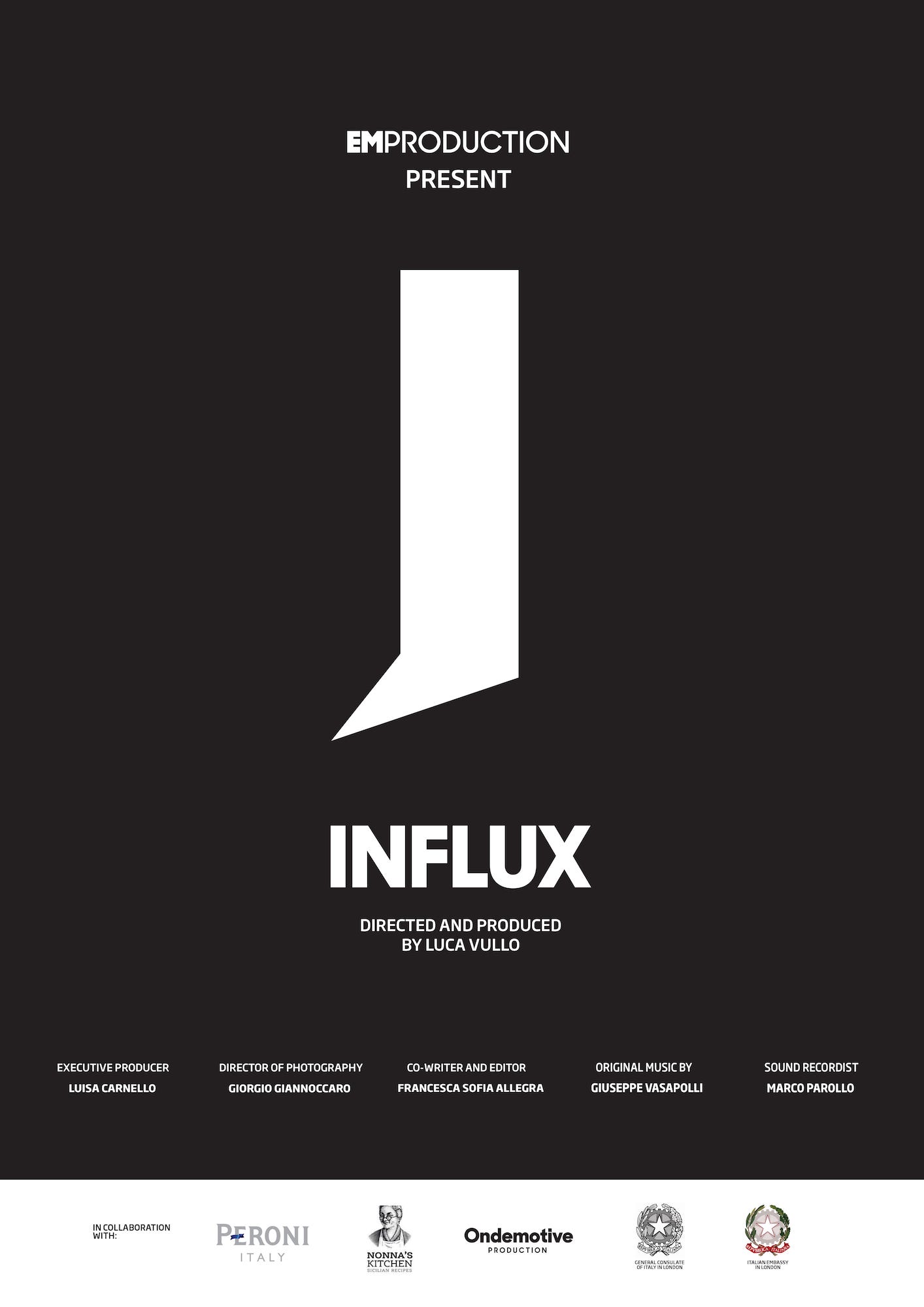 Author, director and producer of cinema and theater, Luca Vullo presents Influx, a documentary on Italian emigration to London before Brexit.

In a period when European immigration is continuously debated in politics, INFLUX, through the perspective of well-established Italian immigrants offers an emotional self-analysis that reveals the strengths and weaknesses of Italians, showing the uniqueness of their mentality as well as their contradictions. INFLUX is a film about Italians made by Italians. Luca’s creative team is a bunch of people who live, have lived or had direct contact with London. Their stories tell of the multitude of possible lives in London, including the joys, disappointments, sacrifices and opportunities.